I was taking a quick look back at my childhood when School of Rock came on. It's not that great of a movie, though I gotta admit, I like Jack Black's style.

But I started thinking. What turned me into the 32 year old metalhead that I am today? I had to look way back for some influences and tonight I'm going to start off with 2 of those. 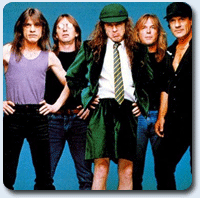 AC/DC. How could I not put in that 8 track I stole from my cousin and not crank this up? When I put in Back in Black I was mesmerised at how just 1 or 2 simple chords could shake my young soul. 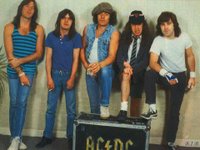 Just to go back to the 70's/early 80's to hear albums such as Highway to Hell and Jailbreak, I learned the genius that was Bon Scott. His ticket was called way too early. The band lives on, though. I can't wait to see these legends blow me away when they release another studio album this year. Tour the states, mates! OYE! 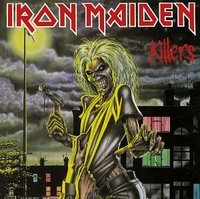 It seems the British chistled my every foundation because nothing would excite me more than to go home after school with my cousin and put in Iron Maiden.

Who dosen't know Eddie when they see him? That original artwork was done by Derek Riggs (it's worthwhile to look at all his works) and then by Melvyn Grant.

I just remember holding my first CD. It was The Number of the Beast. He also had Powerslave. Both are classics. I had to buy the tour shirts everytime one came out, and that's saying a lot considering I lived in Warsaw which is just 50 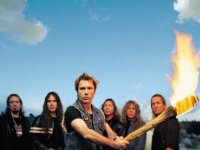 years ahead of living in an Amish town.

Being in DC with my friends to see Iron Maiden at Ozzfest was a complete mindfuck. It's all just pure, beautiful rock n roll, baby.

So, there you have it. I'll revist my childhood and reveal little pieces about being a child hooked on rocking out. This year both bands will be releasing new albums, it's just going to be a classic throwback!
at May 05, 2006