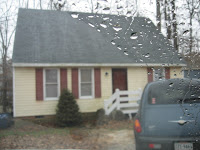 I figured I'd recap some of the going's on around here over the past week. Don't worry, it's painless, but I have pictures!

Last weekend, Janine and I took 3 days to go to Maryland, DC, and back home in time for some local commitments. I had a good time. Driving through DC is no picnic at all, but overall the trip was worth it all.

We left pretty early Friday and headed to Aberdeen, Maryland to visit my brother. It's my first time up there and damn the boy lives very, very far away. He's basically on the Pennsylvania border and he works in DC. He drives 2 hours to and from work every day. Insane! 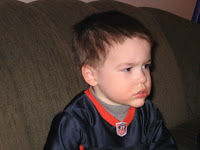 We got there in time for a late lunch/early dinner. Barbie made meatball subs, green beans, and corn on the cob. It was very yummy. We then hung out for a little bit and decided to watch Cars. Kaleb loves that movie, and neither Janine and I had seen it, so it was worth it. I was so happy that I got to spend some time with my nephew. He looks so much like his brother it's sad, but that's ok. Us Lewis' are handsome folk! While the movie was playing it started to snow. I don't think I've ever seen such huge snowflakes in my life. They were fist sized! 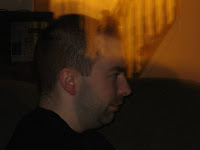 I was worried I'd be stuck there and not get to the hotel Janine and I booked in DC. Nevertheless we made it. The roads were a little slick, but thanks to my expert driving, we were completely safe. Finding my way, on the other hand, is a totally different story. There's nothing quite like getting lost in the nation's capital at 10:30 at night on a Friday, and after finding 3 of the wrong Marriotts, we finally found our destination.

The hotel was really nice, so was the staff. We had a yummy belgium waffle breakfast and were on our way to DC. I got lost again.... I took us about an hour off schedule, but we did eventually find the metro station in Vienna. I know where it is next time at least! 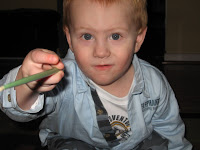 We did hop the metro, but with time running short, we decided to just loop around and head home. No biggie. We had to attend my other nephew's birthday party. He turned 2! The party was a lot of fun, but I was way to zonked to enjoy a lot of it. He got a lot of nice presents, though. Keeper is such a cool kid. Everytime he see's me he says "What!" I love it.

Sunday we got up and headed to Janine's mom's to watch the Super Bowl on her big high def screen. It's a beautiful thing. Wes had made a shit ton of king crab legs and we all pigged out the whole night. Congrats to the Colts for winning it all. It was kind of one sided and boring, but the commercials were semi entertaining, and so were the other guests. 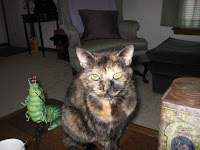 I'm thinking the next mini vacation will be in Virginia Beach. At least I know the area. Jessi has also invited us to come see her new place. From what I hear, her and Sam have made quite a cozy little love nest. We'll see what happens. Janine's schedule is very prohibitive for now, but I'm hoping that's going to change realy soon! I'm so proud of her.

Valentine's Day is around the bend. This means that 2007 is trying to slip past me like the last two years did. I can't let that happen.
at February 09, 2007