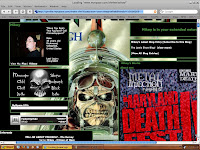 We all remember the days of Friendster. That is until MySpace came along. I think everyone got caught up in that whirlwind. I don't know of many people that do not have myspace pages. In fact, if it were not for MySpace, I would not have met Janine, so I'm very thankful, for social networking.
Today, there are many competitors, and with me growing weary of the ads, the spam, and the hacking on MySpace, I figured I'd look around to see what was really going on. 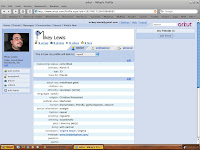 Naturally, through Google, I have an Orkut account. Orkut is very basic, and it looks like it does the trick, as long as you have several friends that are on Orkut, otherwise, it's pretty stupid and overrun by Iranian hipsters. No offense, I just can't hang. I'm way too....Irish. So Orkut is a big pass, unless people go crazy over it and I have no choice. 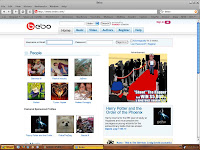 Then there's Bebo, which Yahoo recently aquired. I haven't even began to set up an account with them. It's a British company, and just reading the description of the site, it looks like a big meat market. Not exactly what I'm looking for. So I'll pass on Bebo for now. 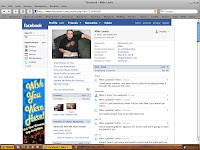 Facebook for me is where it's at! I had an account, from a long time ago and I let it go inactive. It was very snobby, very college kid, very hard to personalize. Not only that, there was no way my metal loving friends would be caught dead on that site.

Now it's a different Facebook. They have opened the door for third party applications, which makes Facebook totally customizable, and fun. I have a lot going on with the page that I've designed, and even better, I'm not going to open Facebook to the public.

I'm going to keep it a private network for my friends. I think Janine will find it a refreshing change of pace from the constant spamming and phishing she's experienced lately with MySpace. I look forward to her setting up an account! I look forward to Kelly setting up an account, or anyone in my family, bless their tech challenged hearts. Jessi has set her's up, now we'll see if she can talk Sam into creating one too.

MySpace will always be my open, public account. I have over 600 friends and counting, and it's always going to be number one for me, but Facebook has really come along way. Facebook is my pick right now for social networking. 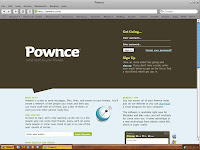 Pownce looks promising, but because it's so new, it's invite only. This network was created by the same people that bring us Digg. Kevin Rose has yet to send me an invite. Come on man, hook me up! Basically Pownce is described as a cross between Facebook and Twitter. As you all know, I love my twitter!
I'm sure other networks will come and go and judging by the waning popularity of MySpace, it's here today, gone tomorrow.
at July 14, 2007

Email ThisBlogThis!Share to TwitterShare to FacebookShare to Pinterest
Labels: tech