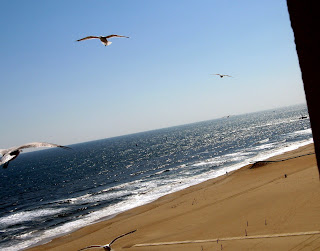 Yes! The beach. Wait a sec...there's a million seagulls camped outside on the beach! They were everywhere, but it's not the beach without the sounds of the ocean and a million scavenger birds eating everything they can. 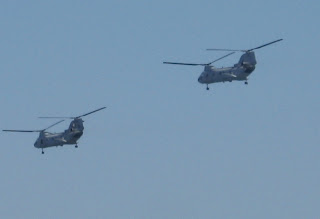 The gulls weren't the only things trying to dominate the skies. There was a ton of military activity around Virginia Beach. I'm reminded of a funny local bumper sticker that said "I love jet traffic". 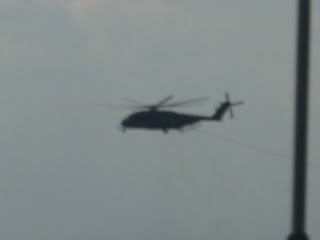 This one was carrying something with a rope. I was waiting for Steven Segal to jump down the cord and kick some Russian guy's ass! 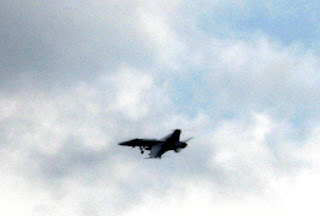 I gotta admit I would be a hot dog just like the Navy pilots that practically fly backwards as they circle around Oceana to land. 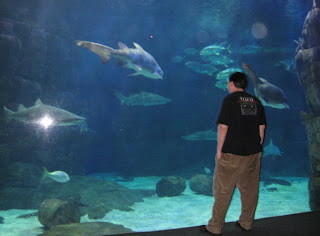 Janine and I went to the aquarium in Virginia Beach. I had not been there since I was in grammar school! The place is still pretty much the same....under construction. We had fun petting sting rays and watching the turtles and sharks swimming around. The shark on the left kept eyeballing me though. I think he realized I'm all fat and gristle. 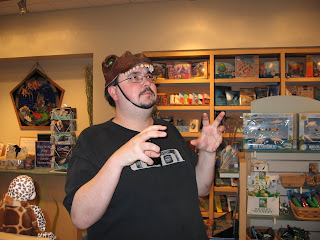 I had the volenteers in the gift shop in stitches. That is a really small dinosaur mask in relation to the size of my tremendous melon.
at March 11, 2008