I noticed that there are a ton of new terms that are no longer exclusive to geek circles. They're used in modern, daily web usage and networking. I figured I'd give a quick vocabulary lesson in my own words. For further research, Wikipedia is a great source for keeping up with this new language.

Syncing - Now that most everyone has digital music and an mp3 player of some sort, there's now a need to move that music from that local machine to that mobile device. Syncing is the process in which that media is updated from the source to the device while simultaneously updating the media from the device back to the source. This now has other uses which we'll all start seeing soon including photos, videos, and mobile applications. As phones get "smart" and as mobile devices do more and more, this is going to be a central part of anyone's day.

Cloud Computing - A lot of companies, including Google and Microsoft see this as the wave of the future in computing. This application is going to come in handy right away in the business world. A document is prepared at a local machine, then served through a cloud service (ex: Google Docs), and then that document is accessible via a mobile device, or a laptop in a remote location immediately. It's not about saving things to a desktop or physical device anymore, it's about saving them in the clouds so they can be used anywhere at any time by anyone that needs it.

Vetting - You are going to hear this term as I have a lot more with the explosion of social news media. It's not so much a tech term, but it is very tech centric in this mobile media day. Recently a CNN iReporter posted that he saw Apple CEO Steve Jobs carted away on a stretcher after suffering a heart attack. Apple's stock quickly tanked before that story was corrected and shown to be false. Vetting is the process of confirming these stories to ensure journalistic integrity and the public gets an accurate record of what's happening in the world.

Tagging - We all tag things now and it's almost second nature. This process just includes giving a label to a blog post, link, photo, or other media to help organize them as they're being used by mobile devices and by cloud computing devices. Delicious is a good example of a service that gives users the ability to tag just about anything on the web.

Friending/Fans - In Social Media, with the explosions of Twitter, Friendfeed, Pownce, and others, people are starting to notice "noise". Noise is just an overwhelming flood of information from these services, so the goal is to cut that noise, and aggregate them as much as possible. The key is to watch the amount of people you allow to be a Friend. We are in control of that, and in this web environment, it's become more important than ever to keep those friends relevant to our own interests.

Branding - In this market, we'll all start hearing that we all represent ourselves and our blogs, our networks, and our web presence displays our personal brand. With our web life becoming more intertwined with our daily lives, that brand not only has to reflect us accurately, but that we also use both aspects of our lives to enhance the other. The Lewis Show is a brand. It reflects my life. My Twitter is part of that brand for the same reason. We all have a niche. It benefits us the most by taking advantage of that niche and selling it to others. I have the page rank to prove it.

API - With tagging, syncing, and branding, the web is becoming "mashed up", combining multiple services to create a single source of information or access. A lot of these sites release a limited API which is a piece of code that can be used by developers to create something for the mobile web or with other web apps. The best example of this is Google Maps. Everyone has noticed a Google map anytime they look up driving directions on any given site. That's Google allowing their API to be used with that site to create an easy user experience. 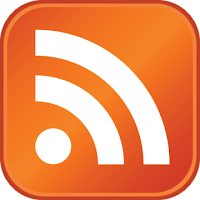 RSS feed - Last, but not least, as we sync, tag, Twitter, map, and blog about our brands, a need arises for us to merge all of that noise into one place. Subscribing to an RSS feed enables us to not only put those feeds in a single place, but it allows us to aggregate them back into once place. These days as things get more and more complicated on the web, we're now more and more in need to control this content to benefit us the best way possible. This is the best tool for doing that.

It all starts with this feed right here and ends up somewhere like here. So make sure you're subscribing to the simplicity of my world!
at November 02, 2008