Leveraging Six Out of Seven 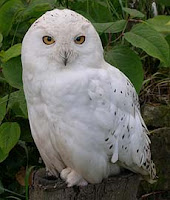 I decided months ago, that I wanted to catch the midnight early showing of the new Harry Potter movie. Not so much because I'm some crazed fan, but I wanted to see it with people that were.

I'm learning that half of the movie going experience for me is feeding off the audience around me. What made The Dark Knight such a great movie last year apart from it being brilliantly played was the enthusiastic audience.

So I decided to take the day off so Janine and I could catch the midnight showing. It's funny when I realized as I predicted that we would be surrounded by teenagers that have grown up to this series. I was reminded how I grew up watching the Star Wars series in my youth. It's funny watching these kids now. They network in  more diverse circles, they utilize tech to some degree mostly via texts and Facebook. I remember having a telephone in my room.

The movie was really good. It's way too early I think to give any kind of spoiler free review, but I would give it 3 1/2 out of 4 stars. It was almost perfect. Almost, I'll discuss where it fell short at a later time. 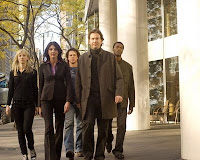 Another reason for taking the day off besides desperately needing a break from the mountain of work is to catch Leverage tonight with Janine. If there was one show made for her, it's Leverage. The good guys are bad guys that bring justice to good guys by getting even with the really bad guys. That has to be one of the better made shows on cable and also recommended.

So that's my summer entertainment wrap up and advise. If it's a good enough movie, go watch it with the crazy die hard lunatics, they're just more fun.
at July 15, 2009