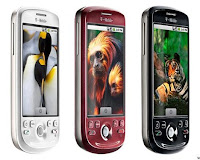 I've had my new phone now for about three weeks, I figured it was time to post my thoughts so far on the device. As you know, I purchased the MyTouch 3G or the G2 as I much prefer to call it, so when you hear G2 for now on, I'm talking about my phone and not Gatorade.

I have to say overall I'm really pleased with the phone. The features fit the phone and have the advantage of an open platform to allow me to customize the phone as I want it. The service has also been excellent so far which was one of my biggest expectations in choosing T Mobile as my carrier. So here's my thoughts:

This is a good phone and worth the price. I'd even suggest the G1 to people that like the physical keyboard, either way, I recommend people join the Android community. It's less crowded over here.Since you'll hear me talking about Android a lot more in the future, here's their intro video: