A Brief History of Pirates, Piracy, and Freedom 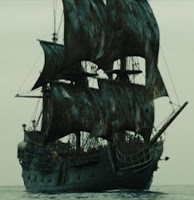 Many years ago, when Europeans discovered a new world, a golden age of commerce sprang up like never before seen. The Spaniards hit the gold mine, literally, the French found luxurious furs, and the British found their next cash crop, tobacco. With wealth growing at a fever pitch, a scourge began to grow within the seas. Pirates.

Pirates were a criminal element that used brains, muscle, and speed to find any weak link within the inter-sea commerce trade. They accomplished this by ripping off ships, ravaging port towns, and creating overall fear and havoc. With the passage of time, better technologies, and stiffer penalties, piracy as it was known in the 16th century slowly died out. It exists even to this day, but that is another topic for a different time.

My mention of these pirates in this context has to do with modern "piracy" or the theft of music, movies, and other media and then distributed freely over the internet. Over the years we have seen many vehicles for this piracy. We all remember Napster. Napster came along in a day when personal computers became more commonplace along with internet connections, hard drives for storage, and CD burning software. People would literally download songs and albums one song at a time, sometime taking hours per download.

With the inception of broadband, like DSL and cable internet, other peer to peer networks began to spring up including Kazaa, Limewire, WinMX, and more. Content providers then began a scorched earth policy, recruiting someone like Lars Ulrich of Metallica to decry the theft of their media. They also began to attempt to find these uploaders and prosecute them to the fullest extent of the law. The DMCA was passed in the 90s to make any copy of encrypted media illegal, even if for personal use. Their efforts to this day have not stopped pirates, but have only proven to inconvenience regular paying customers.

With further innovations such as fiber optic cable, DVD and  Blu Ray decryption, Bit Torrents began to take off, allowing people to download large files. Content providers continued to seek court action against any torrenter an ISP would give up. The cycle continues even to this day. Direct HTTP, Bit Torrent, and Usenets still see instances of piracy among legitimate file sharing.

Today, with the help of willing Congress men and women, content providers have brought about new legislation that would give broader powers to the movie and music industry to block entire domains with little cause or recourse. This legislation has brought ripples through the internet community as they wake up to find out that with passage of this legislation, it will create one of the most dangerous side effects in the history of modern US legislation.

A Chinese style firewall. One that can and will be used by people of power that will not have our best interests at heart.

The movie and music industry will and should face stiff resistance from the internet community over this, but they will continue to persist to have SOPA/PIPA passed through Congress and signed by the President. I keep my political rants to a minimum, but I wanted to take time and this space to encourage everyone to locate their Congressmen and Senators and continue to put pressure on them to not kill free speech on the web. I have seen liberals and conservatives alike working together to stop this from passing.

The kicker is that pirates will continue to illegally pass around protected content even after this legislation passes. They would even continue to thrive and expand overseas. It is only us law abiding citizens of the web that will suffer. What's left of free speech as we know it now, could begin to die out. Do consider stepping up and helping fight the good fight. This is a big one, friends.
at January 16, 2012