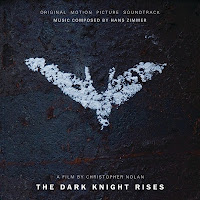 Four years ago, yesterday, Janine and I caught the midnight showing for Batman, The Dark Knight. We all always remember that modern classic and the good time that we had. Now, exactly four years later, we are embarking again on a midnight run to see the last of this trilogy, The Dark Knight Rises.

I decided to look back at my blog and do a recap of my world then as it compares to my world now. The similarities and differences will be astounding. This also will mark my 8th year of blogging, if you want to call it that. I know it's a dying art form, but I still like the platform.

Four years ago this week, I took a small cat to an animal hospital for a blood transfusion. She is healthy, happy, spoiled, and just as weird now as she was when she was a fragile and sick baby.

I was also a heavy Pownce user four years ago. I wasn't marginally using Twitter, Facebook was a joke (still is), but I had put all my eggs in the wrong social basket.

We were seriously house shopping four years ago this month. We settled on the first of three real estate agents in July. Our third agent was around just enough to help us find and settle into our house. We became home owners four years ago this November.

Four years ago, I commented about the Project Mojave project. This was an attempt by Microsoft to convince customers that the Windows Vista operating system was not as buggy or flawed as perception was by tech journalists.

We've come a long way in four years, but here I am excited yet again for a midnight Batman movie extravaganza. I'm sure I'll rant and rave about this movie in a future posting.

But to put things really in perspective for me...

Eight years ago this week, and old friend and I sat across a kitchen table and had our own little LAN party. We exchanged a ton of files, played Unreal Tournament 3, basked in the glow of having DSL internet speeds, and probably smoked a carton of cigarettes. I had a new XP machine with 64MB of memory and a 20 GB hard drive.