And On That Note 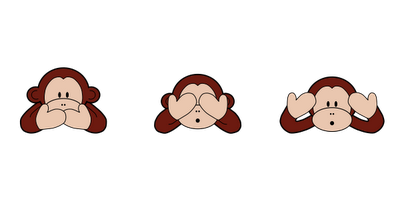 It is that time again. Every four years social media degrades into that wasteland of rhetoric and I get to a point where I decide, instead of confronting everyone for their opinions, I just bow out for a few months.

In 2008, when Pownce was still around and I was a heavy user there, I did the same thing. I said TTFN to the good friends I had there and on Twitter. This time around, I disconnect myself from Google Plus, Twitter, and most anything with a feed outside of real news. With a wedding coming up in October, endless loads of house work, and real friendships that need to be tended to, this will come as a worthwhile break.

I even suggest others do the same. Just the same as most people avoid the internet completely on April the 1st, I believe for the sake of preserving sanity a two month vacation is a great idea. So from the safe and comfortable distance of my blog, I bid those adieu until the day comes where reasonable discourse abides (which will never happen) or until November the 7th comes around.

Go learn how to bake, or learn a craft, or spend time with a great uncle, or something....else.