Apple Hubris May Pop That Bubble 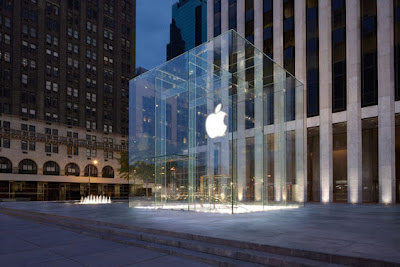 I published an editorial on RootzWiki earlier this morning (go take a look), but I had another thought that I wanted to post here. On Friday, a jury awarded Apple at least 1.4 billion dollars with the potential for nearly a 4 billion dollar payout during final stages of this trial. The trial, which went on for months was decided by this jury in roughly 36 hours. The jury essentially determined up front that yes, Samsung had copied trade dress designs from Apple and infringed on a few patents which in turned caused the jury to decide with prejudice against any of Samsung's claims.

I don't want to focus on the trial itself, the lackluster job Samsung's attorneys did in expressing their case, nor do I want to talk about how this award for Apple affects Android. All of that is being discussed ad-naseum by smarter people than me on other tech blogs. What I wanted to focus on is the new Apple and how the reputation that they are creating are going to affect them in correlation to record high stock earnings and overall company value. I'm also not a business or stock professional, this is just my barely qualified opinion.

At the end of the day, today, August 27th, 2012, AAPL finished at just under 676.00 per share. That is unbelievable. They finished with an additional 20 billion in market cap over this decision and some analysts are looking at a trillion dollar market cap for them. I hear all of this and I can't help but think of a looming catastrophe. And there's only one big reason why I feel the Apple bubble will pop in the next three years:

Nobody likes a monopoly.

As I've written before, Apple became the tech giant that they are by playing the best number two that they could to Microsoft. Now that they've blasted past the PC maker, they strive to consume the mobile market as well. Their biggest competitor is clearly Android. Windows Phone and Blackberry will strive to obtain the best number three alternate phone status, but Android becomes the big target now for Apple. In the same way that the company and their fans turned their vitriol towards their biggest rival in the 90's today we see a company obsessed in not slowing the rate and growth of competition.

This looks bad for them. The semi technical to completely non technical people that I've spoken with all see a common thread. They see that this makes Apple look bad and their tactics seem like that of an overgrown bully in a school yard. This is not the perception of a company that shrived to be the little underdog not even a decade ago.

On top of this, the enthusiasm for the next iPhone is small. People have been buying the Samsung Galaxy S III in groves, or the HTC One X (okay, not as much), but people see that there are now several alternatives to the big meanie phone and people are honestly turned off by the rabid iPhone fanboy-ism. If sales fall flat and if the once cool Cupertino hardware company cannot show themselves as the safe and easy choice in phones, then their main strategy will have to be to continue to litigate and to continue to slow the rate of competitive innovation.