I posted at the end of 2009 that I was going to start posting about great service and poor service that I received here in Richmond. Janine and I had such a rough year with customer service, that I wrote a series about being a good service representative and even being a good customer. I also posted just this week about ratings systems and encouraged everyone to write good reviews. I wanted to keep that promise and talk about two companies this week that have greatly helped me out and went above and beyond to provide great service.

In May I purchased a Logitech webcam on sale. It was high definition and a good price, so I pulled the trigger. Being a writer now at RootzWiki, we sometimes have meetings and it's good to have one of these for those meetings. I also have a tech savvy Mom now who likes it when I Skype in to say hello to her.

The cam was having issues almost from the start. It would occasionally work and when it did, it was only for a moment. I tried running it on Windows 7, Ubuntu 12.04, and a couple work machines running XP. I even reformatted a machine and tried running it on a clean computer. Nothing worked. I expected in return that I would get a hard time from Logitech about returning this item that I've had four months now.

I sent an email explaining my problems and the steps that I took to correct it. A representative got with me 24 hours later and agreed that I was having a hardware problem, emailed me a mailing label to return the cam for free, and is in the process of sending a replacement cam with apologies. That had to have been the most seamless experience I've had on a non Amazon website and I was very pleased. I have enjoyed my Logitech keyboard and mouse. I've also been attempting to blow up my desktop Logitech speakers for years so I could buy new ones with no success. So I wanted to offer up kudos to Logitech for providing good service and hopefully they keep that up. 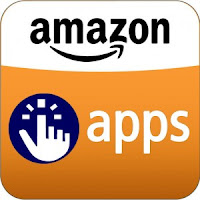 I also wanted to thank Amazon for quickly helping me with an app refund on an accidental in app game purchase last week in their App Store. I noticed in my email a purchase for 20 bucks for coins and immediately called them to dispute the purchase. The call was less than five minutes, the rep quickly returned the funds, and I went about my way.

I was sure to practice my own rule of being a nice customer and worked on getting the rep to empathize with my problems. They were in turn quick to listen and help out. Most of all I'm encouraged that good service does still exist.
at September 15, 2012