Six Stars Out Of Five 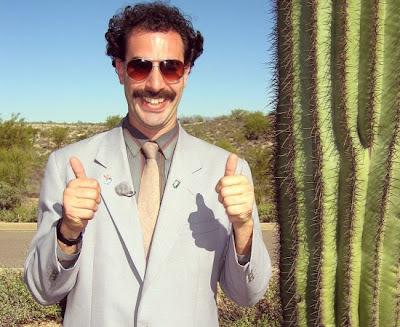 Janine and I had an interesting discussion about internet ratings and their usefulness. I figured the thoughts I had amassed would work out in a nice post along with suggestions that I have for making ratings work for our benefit. Hopefully this will not be a mental dump, but something meaningful.

We've all seen several types of ratings. We have the classic 0-5 stars, thumbs up/thumbs down, number ratings from 0-10, number ratings from 0-3, and the list goes on and on. Janine stated that the ratings found on Google Local (0-3) was ineffective in her finding valuable ratings. I completely agree with her assessment, but I don't think the problem lies with the rating system, but with the people who are using the rating system.

People typically take to the internet to rate an item or service for two reasons: They either had great service or they had horrible service, and they feel obligated to warn or encourage others to use or not use that service. I've often found the lowest and highest ratings to be actually ineffective. I've only found better value in the people who give middle of the road ratings than either extreme.

The only exception would be for an item, app, or service that had exclusively great or poor ratings. Great ratings encourages me that everyone has had a great experience and naturally all poor ratings warns me that something is inherently wrong and to seek alternates. I feel comfortable that within unanimous consent the ratings actually help me make the best decisions.

The other factor falls as a side effect of branding. With branding, people tend to create fan bases. A great example would be the competition between iPhone and Android. Fanboys in both camps tend to cloud an impartial rating between the devices primarily due to extreme loyalty to one brand and disdain for the other brand. I wanted to site a source, but simply go to any Android or iPhone article and the comments are flooded with these raging fan debates.

So once again, I'm stuck in the middle. On sites like Yelp or Google/Zagat, I look for the people who give a varied response to a product or service. With some digging down and by seeing comments, I can better discern if someone is giving a fair rating, or just being a jerk. As long as a rating system has a wide chart for ratings, categories, and mandating commenting, we can better use this internet to judge what is worth checking out and what is worth avoiding.

The biggest fix for web ratings is going to be a return of responsible ratings by responsible people. It's up to us to provide better feedback using reason and fairness. These sites are great for those that want to rant and rave whenever someone has offered superior or poor service, but we all need better tools in determining if those circumstances were unique or the norm. So I give the internet one thumb up and hope over time I can give it two thumbs up.
at September 10, 2012