The Art of Re Tweeting 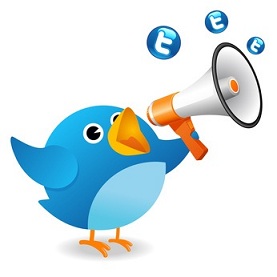 Retweets are a simple and organic way Twitter users have found to share something said by another person to people who may not be following that person. The process allows people to provide color to their timeline by allowing someone else to provide an agreeable perspective. Many, however, abuse this privilege.

It's so abused in fact, that Twitter was aware of this and gives users the opportunity to opt out of seeing retweets for a particular friend. I have unfortunately turned off retweets for a majority of my friends on that network. It does not have to be this way, but here's what gets the privilege for me removed.

Political posts: Yes, here we go again. Some people are too passive aggressive to state their own opinions, so they will constantly retweet a political pundit or satirist. I have always, 100% of the time found this to be annoying and thus the privilege is lost. I can understand the passive aggression on Twitter, I often participate in it myself, but it's something that I'm actively working on correcting.

Comedians: Similar to political retweeters, retweeting comedian tweets allows an unfunny friend to post something funny. The only problem with that is 92% of the time, I do not find it funny and thus the privilege is lost. Modern rhetoric for some reason allows these "comedians" to be exempt from modern politically correct verbiage that we're all obligated to use. Maybe I should just become a "comedian" too. We should all become "comedians".

Anarchists: Some people just want to see the world burn. but they don't have the courage to light any matches. Instead they'll retweet the most off the wall, confusing, vague, and shrill tweets from confused and shrill people. The point of doing this is to appear perhaps to be intellectual or edgy, which fails, and thus the privilege is lost.

Capitalists: People who constantly want to help a brother out by retweeting their sale items almost instantly lose their privilege. It never fails someone's selling a phone for 500 bucks and retweeting this will magically get this overpriced item sold. I don't think so, friend. It just revokes that privilege.

At this point, the question is, "Is there a proper retweet"? The answer to that is, "Not really". But here are a few cases where I've found retweets to be halfway enjoyable.

Carrying a conversation: If someone who has a large number of followers tweets something that merits a variety of responses, it would benefit them to retweet some good replies. To openly continue to engage in that conversation can be enlightening and it feels natural. I think that's the backbone of what makes the community within Twitter to work.

Breaking News: Twitter is all about talking about people dying before it becomes mainstream news. I don't see a problem with someone breaking important information in doses. If someone's going to abuse that and constantly retweet news, well they then lose the privilege, but an occasional on the spot quick news RT is quite alright.

I think the point is to use discretion. As I stated, I've honestly turned off most retweets, but there are a couple people who do get it right. When more people figure it out, I'll remember to allow them to return to the privileged few. It's wonderful the rampant free speech that's practiced on the web, but like the First Amendment of our Constitution, your free speech rights do not obligate me to hear them.
at September 14, 2012