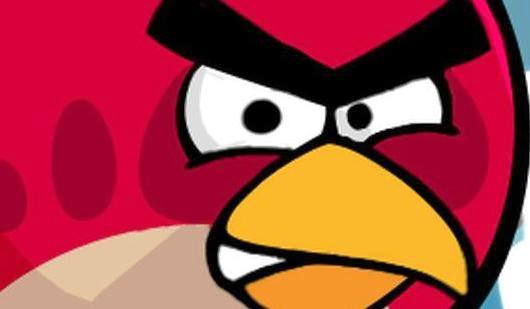 As I have mentioned many times, I write for the RootzWiki News Team (subscribe!). I love this writing venture and I wouldn't trade it for the world. I follow about 15 Google and Android feeds (subscribe!) to keep an eye open for newsworthy items. Needless to say I have a daily overdose of all things Google and Android. I also subscribe and am listed in a few Android lists on Twitter. And that is why I'm here.

To backtrack, Twitter found it appropriate about two or three years ago to allow users to create lists. This way users can create focused, themed, and a word I'm about to use a lot, niche timelines around their interests. I was immediately listed in a couple dozen Pownce lists. Old friends from the now four year defunct service wanted to pack together a focused list of well informed and engaging people. I found this to be quite the honor.

Over time I've been added to lists like: Must Reads, Conversationalists, Hilarious, Thinkers, Melange, Friends, Best Buds, Cool Peeps, Favorite Peeps, Engaging Peeps, and my favorite Google Wave Peeps. Yes, I am a peep and I take being a peep very seriously!

Back to the Android stuff. I am now in four well thought out and constructed Android feeds. I have them all placed neatly on Tweetdeck so I can watch them scroll by. This way when something breaking occurs, I'm right on top of it. I love it! I think we all have a niche. I also think we need to become or create several lists and place them inside Tweetdeck or a similar looking service like Seesmic or Hootsuite.

Over time, however, most of these lists become abandoned by their curators. I know this, because I tried creating an exhaustive list of my own favorite peeps, but have failed maintain it for well over a year. One day, I'm sure to go back and update that list. The guilt I'm pouring onto myself as we speak may accomplish just that.

But my plea and the crux of this post is to plea with curators to please look at your niche lists and make some adjustments. Here is an example of a politically motivated Android user for you to consider:

Let's name this young man Marty. Marty is artsy fartsy, thus the name (Marty, artsy, fartsy, anyways). Marty is also impassioned about politics and the world he lives in. Marty has a huge passion about looking cool and living the hipster dream. He likes to post lots of Instagram photos of food and urban decay. Marty is actually a very cool follow, 39.9% of the time.

Most of his time though, he posts intolerant and narrow minded political diatribes that would make even the most enthusiastic tyrant blush. Marty will not relent, he will not shut up, he will try to change everyone's mind with his brilliant and closed ended political tweets. He knows in his heart that his rude snark and enlightened view of the world is greatly appreciated by everyone on earth. He also thinks people that don't share his world view are stupid, uneducated, and should be ashamed of themselves for daring to disagree with him.

Marty also loves his Android phone. Every two or three weeks, he'll mention a neat app he comes across or talk about the latest update to Instagram. That is well, well buried within his other obnoxious tweets about capitalism, the state of Israel, Tibet, water boarding, OWS, you name it, he has the right and best opinion on it. But yes, he does love his Galaxy S III.

My single point is this: Put Marty in your political lists and not on your Android lists. If Marty one day grows up and gets over himself and talks about Android  at least 50% of the time, consider putting him in an Android list, but if he's going to talk about Android 5% of the time, I don't care if he develops for Android, I don't care if he works for Google, if he needs to be niche listed, he needs to be properly niche listed. If anything, list his apps and his products and services, but not his personal account if he's not going to tweet about that specific niche.

Common sense can be applied here with great results.

Until I have the ability to cherry pick asshats like Marty from already curated lists, I have to endure them and I often times decide not to endure that list. You are not dissing this friend by not having him in your Android list, he is clearly a good friend, but he needs to be properly sorted based on his world view and what dribbles out of his mouth. Let's go through those lists and do some proper sorting, or do us all a favor and delete that list altogether.

And thank you, Marty, where ever you are. Your heated slacktivism may bore the living hell out of me, but thank you for being an Android peep.
at November 17, 2012