A Second Wish For The Modern Web Community 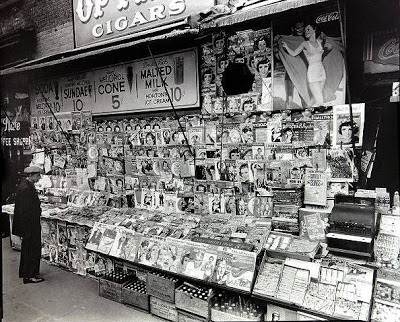 I've found I have many wishes for my friends. A few months ago, I pleaded with people to attempt to write more. I have found that it is a great outlet of feelings by not only helping one get acquainted with those feelings, but it allows them to elaborate and build on their beliefs. The goal is self betterment.

I know we are probably the most selfish generation in the history of humanity, but I think that energy can be better utilized. It's not a shallow exploit to find out who you are, it's a selfish venture to spend a considerable amount of time trying to paint a facade for others. Having a better outlet is the second step. Understanding what we consume is the most important prerequisite to self awareness. We need to fix the point of intake to create a better outlet.

We live in an obnoxious 24 hour news cycle. My first bit of advice would be that we all separate ourselves from that cycle. I'm not advocating we never watch news, virtually burn our RSS feeds, or decrease the quantity of what we consume, I mean reconsider an increase of the quality of what we consume. There is a bigger difference than we realize.

Journalism is a lost art. It's lost in two generations of people who have tried to fix the world behind their own biases and world views. It has become unfortunately rare and refreshing whenever I see media question our leaders. We have accustomed to crass sensationalism because it apparently sells.

People are afraid of a zombie apocalypse. Judging by the mind numbed masses around us, I would dare say that apocalypse has already begun. It would be folly to assume that we're smarter and above the fray. It is time that we really considered the slant of the knowledge we consume.

All media is biased now.

Find reasonable outlets. Find sources that question and make objective observations, not facilitate the news. If you feel your preferred outlet is not biased, then you have become part of the problem. I certainly don't advocate anarchy, but the media that exists is corrupt and in error. Stop defending them.  Understand their bias and find a source that holds the opposite bias. The truth will usually lie somewhere in the middle. There are two perspectives to every story, the storyteller's perspective, and the truth.

We have the proper tools now to properly think for ourselves. It's not just a mantra that we heard when we were young, it should now be the preferred way to find sources to formulate our opinions and world views. My wish is that more people took the news they read, watched, and heard with a bigger grain of salt. My wish is that we all took the small worlds around us and became journalists of that environment. We have the capacity now to really learn a lot from each other.

My wish is for a return to journalism. It does not exist now. It is dead. We have the tools to revive it.
at February 23, 2013