About That Apple Bubble I Mentioned A While Back 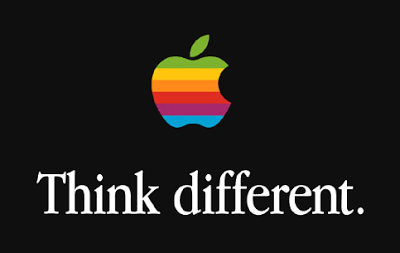 Do I have to say that I'm no stock expert and this is not stock advice? I probably should. I'm the last person people should listen to about what to do with their money. That said...

I read an interesting article today, published on Wednesday from analyst Clem Chambers at Forbes. He basically states that Apple's stock is indeed a bubble by comparison to Microsoft and Amazon's history. This agrees with my less educated assessment of Apple back in August when they were riding an all time stock high.

My reasoning centered around the 2012 Apple approach to stifle innovation through litigation. They had just won a multi billion dollar lawsuit against Samsung for similar trade dress. I predicted that this would not look good for Apple and leave regular people with a bad taste in their mouth. I was in the right forest, but barking up the wrong tree.

It appears many feel that Apple's best days are probably behind them. With rapid innovations coming from competitors at Google and Microsoft, Apple finds itself selling phones with essentially the same software that it's had since its creation in 2007. Android alone has had 4 major UI overhauls in as many years with the latest drawing praise from hardened Apple advocates like Robert Scoble and Guy Kawasaki.

The burst of the bubble comes not at how they would be seen from litigation but that they simply have nothing to offer down the road. They will continue to wow and sell millions of iPhones and iPads, but like Microsoft which dominate the desktop market, that will not add up to large stock increases. Instead, Apple will just appear to be another Microsoft in that it's a very large and slow moving company.

It's funny how the stock market works. These massively successful companies cannot convince the street that they are a long term worthy investment. I think most know that Apple and Microsoft will not close down shop any time soon and will continue to eventually innovate into other markets.

HDTV and iWatches are clearly not going to be the recipe for rebound for Apple in this market. I just didn't think my prediction would come to light so quickly. The ball is surely in their court and we'll see if they can sink the game winning three pointer, or if they'll just throw the ball out of bounds like other companies that got entirely too big for their britches.
at February 22, 2013