Last Word On The SupBow 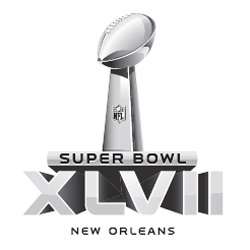 I had predicted the Super Bowl to be a snoozer primarily because I didn't care who won. I will admit I didn't have a favorite as long as the Niners were not victorious. I had a slight vendetta against them for removing my beloved Packers from the Super Bowl (as mentioned). Sunday night turned out to be more enjoyable than I predicted.

The game itself was pretty good. The halftime show was actually pretty good. The commercials, though not memorable or timeless, were pretty good as well. Hanging out with friends and loved ones laughing at the commercials and yelling at the television though, was the best part of the Super Bowl. As predicted, the people that hate the game howled to their social networks. It was all a recipe for entertainment.

Even the power outage created for an opportunity for entertainment. Oreo showed they have some crafty ad people who were on deck during the game. Social news sites such like Reddit lit up with memes and humorous quips about the Superdome power outage. My Twitter feed erupted with hilarity.

I am also still yet to accurately predict a winner in the Super Bowl and I am perfectly happy with this streak.

So what was my favorite commercial from last night? I think it's a toss up from the Dodge commercial featuring Paul Harvey and this commercial. Funny how the funny commercials, while funny, really didn't appeal to me like the sappy commercials stuck with me.