My Random Take On What's Trending 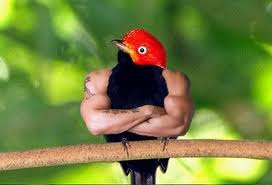 When visiting Twitter I'm often nauseated by the trending topics. There is a weird mixture of breaking news and mundane, uneducated live TV tweeting that makes me lose some hope in humanity. I decided that I would take on each of the major trending topics in the USA with my own tweet here on my blog. This promises to be stupid, so if you stop reading from here, I would not blame you.

#DontBotherMeWhenIm - I gave this one a lot of thought and have two answers: takin' a dump! or trying to think of a witty answer to this stupid fill in the blank...thing.

Jake and Fitz - I realize I have the power of Google here to look that up, but I have no clue who they are. I'm going to take a wild guess that it's a team of private investigators that run their business behind a Ben and Jerry's.

#FakeRightWingHagelStories - Oh, a political hashtag. I love politics! Chuck Hagel was nominated to serve as Secretary of Defense despite his admitted lack of real world DOD experience and probable disdain for an ally in the Middle East. I must make up something witty because evil dumb conservatives have the audacity to try to vet this guy for his job. The nerve!

#Moda25 - This is more like it. More stupid crap that I have no idea about. This looks like an MMA thing. Maybe this guy Chino is taking on this guy Nacho to the death or something. Sorry, I have no idea. In reality looking up this hash tag would probably fry my remaining two brain cells.

Mi Nina Bonita - My beautiful daughter. That's sweet. Maybe it's a song. It would probably sound pretty and make me cry if I knew what they were saying. My 4 years of Spanish class failed me big time.

#Scandal - This one boggles my mind. I know it's an ABC drama, but the people that watch it tweet out every detail. It's insane! Thank the good lord there's hash tag blocking or I would lose my mind. I have a feeling they try very hard to be a modern Melrose Place.

Scott Foley - He's an actor and I bet you he's on Scandal which would explain why females in my timeline are constantly talking about #Scandal. After all, he was in The Unit.

I don't want to come across as too elitist, but trending topics tend to show the best and worst in this or any social network that maintains such metrics. If Twitter were to run some kind of word cloud on the nonsense I tweet about, it would probably be just as ignorant as the rest, so be it very far from me to judge.