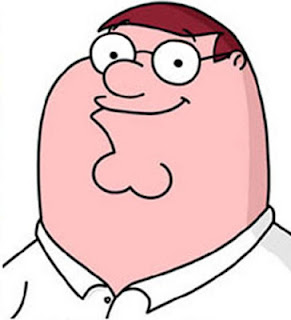 I guess I'm not done with Oscar posts.

I have held two thoughts about the state of comedy and political correctness over the past two years. I believe we've gone too far and are on a path of massively restricted speech on one end, and a strange exception for someone to say whatever he or she wants under the guise of being a comedian. The exception being, if it's funny and I agree with the political stance, it's funny. If it's not on par with my worldviews  it's insensitive and that comedian needs to be silenced.

I don't think there should be an exception. We should really all be free to joke and make fun of things that go on in this world, provided it's in good faith. I think, going back to some earlier posts, there's one ingredient that we're missing still:

It's still not okay to bully, to make racist, sexiest, or ignorant statements. It shows a lack of respect for other people. I am no people person by far in fact as a whole I probably hate humanity, but I respect the dignity of life and everyone has a right to breathe the same air I do. The path to being overly politically correct is a scary one. Granting exceptions to that is elitism, pure and simple. The path to rampant unchecked speech can also be equally scary, but there has to be some kind of reasonable middle ground. Respecting people/humanity is a great start.

Apparently Seth MacFarlane is getting some slack for attempting to be funny at last weekend's Oscars. I cringe when I see people get their knickers in a wad over attempts at humor. Now it seems that comedians may be losing their exception to speak as they wish freely. Satire and some forms of comedy are supposed to be edgy. Maybe we should all get over ourselves a little and work on resisting the real racism, sexism, homophobia, and other bigotry that exists in the world, not everyone who opens their mouths to tell a joke. Ignorance is the root of hatred but not all ignorance is hatred. It's just ignorance.

Let's thicken our skins just a little bit, folks. If someone goes too far, turn the channel, unsubscribe, go to another web page. Providing the ignorant in the world a voice by protesting theirs has only proven to be counter productive. I have always said people should practice their freedom of speech provided I'm allowed to practice my right not to hear some people. If no one's there to hear the crass, they will go away.
at February 26, 2013