A Kindle Blast From the Past 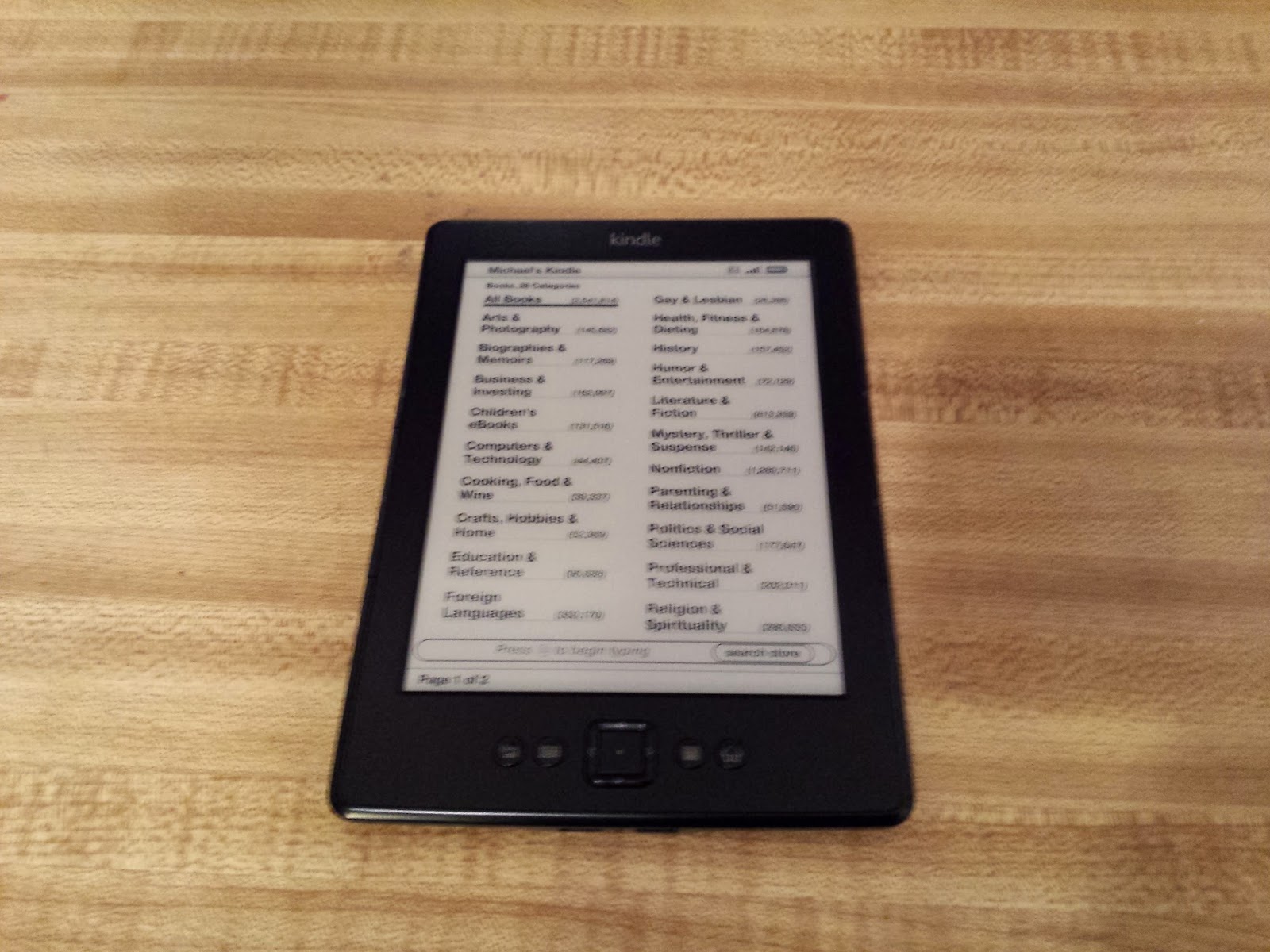 This probably comes almost a decade too late, but up until a week ago, I had never owned a Kindle, never wanted a Kindle. I thought unitaskers such as this were a waste of time and money. The older versions seemed to be very clunky and I felt they were a slow ends to a simple means. I cannot begin to describe how I hated the look of the early Kindle with those keyboards.

Over time I noticed the Kindle improving their UI. Barnes & Noble came in with their Nook, Kobo joined the US market, and they helped push the tech along. Then Apple and Google debuted their more multipurpose tablets. I was very quick to purchase a Nexus 7. I could never justify the expense of an iPad considering the amount of other hardware I owned at the time.

I loved my Nexus 7. When they release an 8" tablet this year, I'll probably still buy it. I even think the iPad Mini is a wonderful device and I'm not partial to Apple products. But this Kindle has blown me away. Where have I been all these years? Where has the Kindle been all my life?

I instantly started reading, but I didn't stop after a few minutes to play a game. I couldn't. The device is not made for doing other things. The ability to get distracted by other things isn't there. With my traditional tablet, I would read and enjoy the flowing page animations as I went from page to page, but I would get bored. My  mind would start to race and think of other things besides the content I was reading. I would then find myself engaged with killing zombies with plants or flinging birds at pigs.

This week I have nearly finished a book I started a year ago. I purchased two more books and will probably start reading Game of Thrones again. Now I'm looking for more material. I want to absorb, learn, expand all thanks to this very simple device.

I know it's not perfect. Despite some having back light, this one does not have that. When it's light's out for the night, that's it, I'm looking for my other devices. Not having a keyboard can be a pain. They don't use a QWERTY keyboard, it's in ABC order which drives me crazy. I'm also scared to death I'm going to crush it because of it's size and weight. Getting a cover is not optional with this fragile gadget.

I know this post belongs in the last decade. A simpler time when we had a Texan in office, when DSL was still pretty fast internet, and when gluten was fashionable. I just can't put this device down. The battery cannot be killed, I've tried. It has done the one thing that it sets out to do.....make people read.