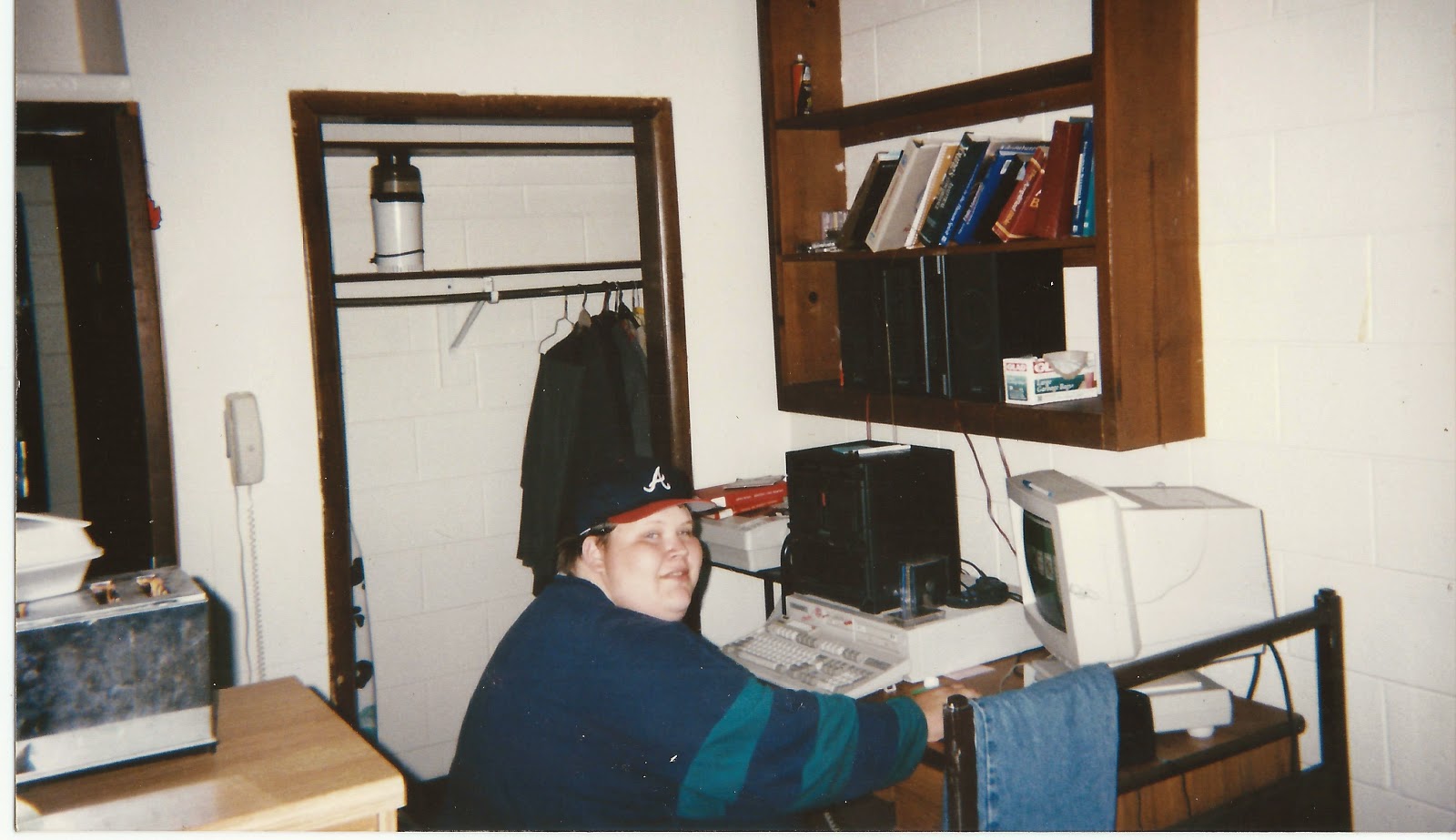 I never like to write posts like this, but I feel the need to share some memories and pay homage and respects to someone I recently lost. A friend of mine and a former roommate in college passed away on Wednesday. David Hobbs probably deserves a book written about him and his exploits but I'll try and do him justice.

I made my first big excursion away from home attending college back in 1996. I had spent a couple years in community college, so I was older than most of the kids in my dorm. Most of them were 18 and I was 21. They were all kids acting like they were attending summer camp, that is all of them but one student.

Hobbs looked like he lived a nice long life already, which was crazy. He was only a couple weeks younger than me, but the man was literally larger than life. Weighing in about 400 lbs. He did take up a good amount of space in those dorm rooms, but he was agile having played football in high school. He was constantly sneaking up on me.

My dorm mates and I were immediately treated to him tormenting his two roommates. He would constantly play pranks on them and find out what pushed their buttons. I heard both roommates screaming at him for his antics. He would constantly miss curfew (we attended a pretty strict college). Once he and his roommates went to the Walmart behind campus and security closed the gate on them. So they hoisted him over the steep hill behind campus. They call came in covered in mud greeted by us cheering uproariously.

Despite hearing these stories and seeing the red lights, I decided to room over the summer. Neither of us were eager to go back home so we took jobs in Lynchburg and decided to stay. I was quickly regretting my decision. Hobbs had one of those alarm clocks that start out quiet but get louder over time. After several minutes the alarm would be screaming and so would I. I eventually cut that cord to that alarm clock and swore to him that we had rodents. He had me seeing red many times.

I ordered a pizza for us one night. It was an extra large Papa John's pizza with bread sticks. No sooner than it was delivered I took a phone call, probably from my parents. Five minutes later I return to the room and the pizza along with the bread sticks were gone. He ate all of it except for the one slice I grabbed before my call. All that remained was a pepperoncini. My reaction was stunned amazement. I wasn't even angry. I think I was in shock.

He kicked my bunk, he took up the entire room by sitting in the middle of the floor, he always played on my computer. He knew how to make me so angry. But over time I began to appreciate him for who he was and figured out that he was a button pusher because the attention and acknowledgement felt good to him. He was proficient for starting trouble and he was just looking for an understanding and willing accomplice. Plucking nerves was his way of endearing himself to people. Those who figured his riddle out he allowed into his inner circle.

So I became his friend that summer. I listened to his stories and let him open himself up to me. I did the same and we were both sad to see that summer end. I went on to leave that school and the state and failed to keep in touch with him. I was lucky to find him on Facebook last year and sent him a few messages. He lost a little bit of weight and got married. He never was the social media type, so we remained out of touch.

He had several medical issues and they eventually got the best of him. I hope his remaining days were happy ones. When looking back I realize that he taught me how to find patience with people. He taught me that it is not outside of the realm of possibilities on this earth to be and have damn good friends and really earn someone's respect.

I will miss the big happy trouble making Louisiana redneck. While he's gone, he'll live on through the people he knew.