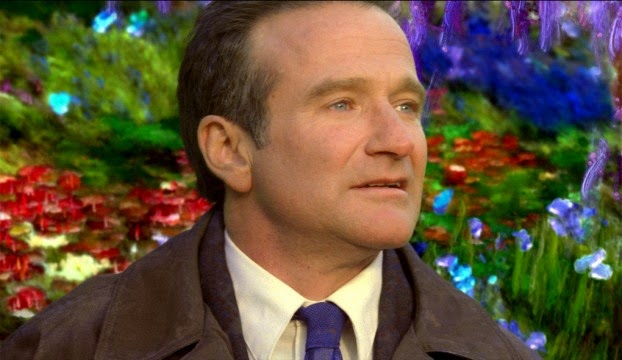 We all saw the many reactions and tributes given after news of Williams' death circulated social media. I took the one of speechlessness. We don't associate comedians or funny people with depression or sadness much less suicide. He spent many years fighting addiction and the voices in his head that told him to give up. I am sad to hear that he could not survive it.

There aren't a lot of thoughts that I could add. I can only offer my perspective. Williams first appeared in my life via television on Mork and Mindy. Later one of the first programs we watched on HBO when we got satellite was his performance at the Metropolitan Opera. Then through the years, as I grew older, he was in many movies that I consider favorites. Now in a flash he's gone and we are left wondering what happened or what could have been done to prevent this.

When I saw Williams, I saw a man who never looked comfortable in his skin. He always looked deep down like he was out of place. I never saw in the public spotlight that he was ever ignored or shunned though. He always appeared to be loved and he always appeared to be personable. We don't want to imagine that this sweet soul spent his last minutes convinced he was not loved or admired, but it was probably the case and that is probably what makes us all more sad than anything.

His demons were real and they eventually got the better of him. I would like to think that honest discussions around depression and mental illness would spring from such tragedy, but without real understanding, it will probably not happen. Not yet.

In the meantime what do we do? Be a good friend. Seek help if thoughts of suicide persist. Seek and find your balance, your center, and focus on it. Find peace of mind in this life, it exists.
at August 12, 2014