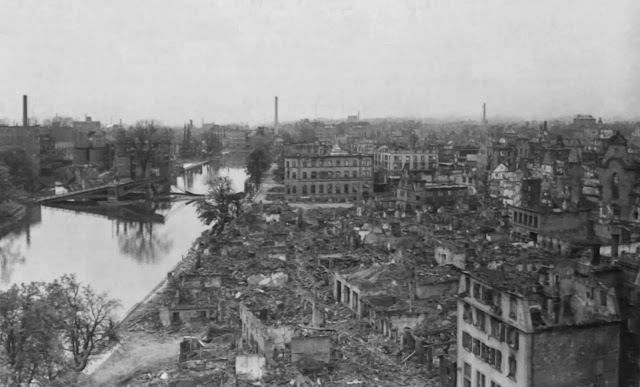 Memorial Day (formerly known as Decoration Day) is a day that American's have set aside to remember our fallen veterans. There was originally a Union and Confederate Memorial Day basically at first where we would all have parades in the north and south, celebrate the soldiers that endured that horrific war, and decorate and visit the graves of those that fell. That tradition has taken more of a take time off from work and cook things on the barbecue twist, but veterans made a tremendous sacrifice to give us that freedom.

Today I remember Private Louis Jones. Mr. Jones was my great uncle and died in battle near Frankfort Germany in March 1945. He was part of the 16th Calvary mechanized tank regiment and was was part of that final push to cross the Rhine River allowing the Allies to finally defeat the German war machine. Tens of thousands died like him in World War 2, but since he's family, I wanted to make a mention of him here.

Louis joined the war effort immediately. He enlisted after Pearl Harbor like a lot of eager young American men did after the Japanese sneak attack. A lot of his records after that are not sure, I have to check with the army to see if I can get his assignment records. I do know that he served in several campaigns but at some point he ended up in Patton's tank army and was part of the offensive starting in Africa, liberating Italy and moving up Europe finally meeting his fate in Frankfort.

Like Jones, I only have limited intel about his past. I had to gather stories from my Dad, who never knew Louis Jones and a little from my Mom and her sisters who survived him. My Dad described his brothers as "scary". My Dad is a large, powerful man and is rarely intimidated. He told me that they were all very short men and I could confirm that. My grandmother was barely 4 feet tall. The Jones brothers were all Irish descent and lived in the tobacco growing regions of North Carolina. The brothers all worked on those fields or they worked the saw mill there. I imagine about 4 or 5 very sturdy, rugged, individuals.

Louis was clearly a born fighter like them judging from how quickly he joined the war effort. He had no next of kin outside of his father. He never married, and was memorialized in his hometown in a small simple coffin and my dad has possession of the flag he was draped under. The flag has 48 stars and I remember seeing it as a child and feeling a mix of sorrow and pride.

That feeling is what should be the heart and soul of Memorial Day, so take a moment to remember and be thankful for the freedoms we gained at the expense of their their entire lives.
at May 25, 2015